Skip to the content
Home > Agency Blog > Will You Be Ready When One Darts in Front of Your Car?

Will You Be Ready When One Darts in Front of Your Car?

We’re in the thick of deer season (October through December). More deer-vehicle collisions happen during these months than at any other time of the year.  With sizeable movements in the deer population this season, many of these beautiful animals unfortunately wind up on roadways big and small – posing sudden hazards to unsuspecting drivers.

According to the Insurance Institute for Highway Safety, more than 1.5 million deer-vehicle collisions happen each year, resulting in 150 deaths, tens of thousands of injuries and more than $1 billion in damage to vehicles.  “Not only are more deer on the move, more of their habitats are becoming smaller,” said McCabe Group’s Andrew McCabe.  “Drivers need to be extra careful this time of year to avoid hitting a deer, especially when driving near wooded areas.” 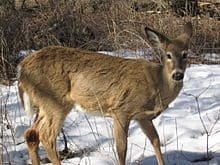 Below, McCabe Group offers some tips for avoiding deer-vehicle collisions:

Many deer collisions happen on busy highways near cities, so it’s important to stay alert in urban as well as rural areas when behind the wheel.

For more information on this and other safety topics, contact McCabe Group at 414-326-9337.

AS
The staff has always come to my aid no matter the circumstances.Anna S.
AC
Makes the decision of what insurance to use very easy. Definitely recommend.Amanda C.
SG
This agency provides fast and affordable coverage.Samantha G.
BE
Very helpful and responsive team.Boris E.
BM
The service is spot-on and I would recommend to anyone looking...Brant M.
B
They provide excellent service and answers my questions on my policy promptly.Bert
AM
...process went smooth and the McCabe Agency was there every step of the way!Angela M.
PN
...a pleasure to have something as complicated as insurance made so easy.Paul N.
SC
Best insurance broker I have ever dealt with.Steve C.
MR
Michael R.
See All ReviewsSee All Reviews